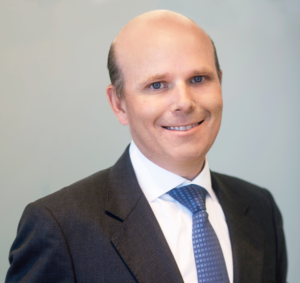 Robert received his J.D. from South Texas College of Law, where he served as a note and comment editor for the South Texas Law Review and earned a B.A. from Southern Methodist University.

Prior to joining Buck Keenan LLP in 2019, Robert was a partner with Thompson & Knight LLP.

Robert is actively involved in his community through, among other things, service on the board of Agape Development Ministries, The Children’s Fund, a partner/sponsor of The Downtown Tool Box Lunch Series, president and speaker chair of Madrugadores Breakfast Club, as well as an active member of Grace Bible Church. Outside of the office, Robert is kept busy with his wife and three kids.

From 2004 to present, Robert has been recognized by his peers year after year in various publications as both a “Rising Star” and a “Super Lawyer.”

Robert has also spoken and written on a variety of litigation related topics, including: